After our pleasant canoe trip last weekend (see the previous post), we drove a little further out on the Lekki peninsula to visit the fish market at the fishing village of Epe.   It was a little late in the day, so it appeared that many sellers had already finished for the day, but there was still plenty of interesting things to see, like these enormous snails.  I don't know if I would ever dare to eat them, but a friend who had them said her cook would just cut them up and saute in butter and they just tasted like escargot.  Maybe I could eat them if there were someone else doing the cooking.... 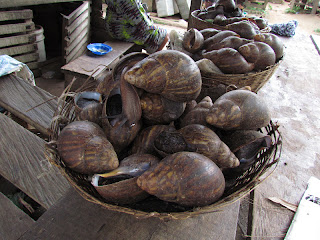 Other wildlife included this tied up lizard, which they said was a monitor lizard. 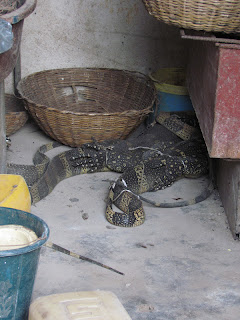 There were lots of smoked fish -- like these tiny ones, 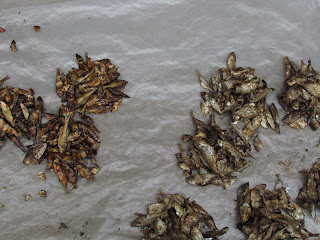 The seller offering these demonstrated how to eat these just taking a bite of everything but the head.  I didn't try them, but someone else dared to. 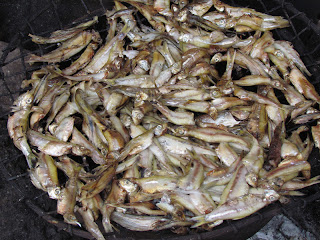 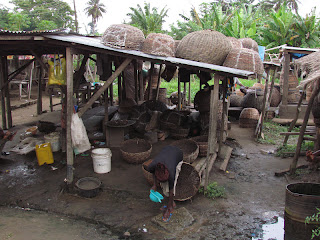 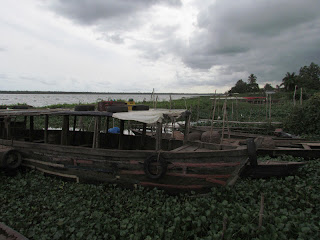 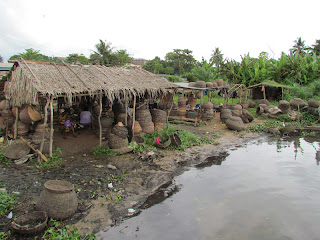 You could buy fish still alive swimming around in baskets in the water. 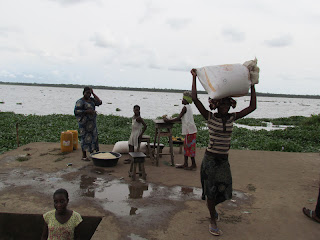 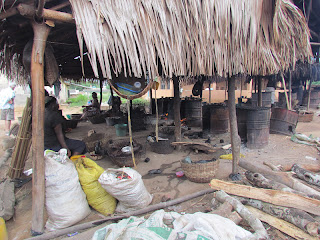 There were fish strung together beautifully arranged on the smoker. 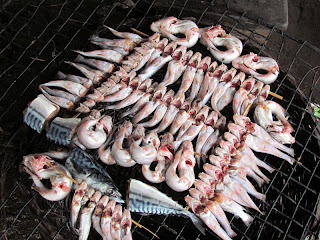 And lots of kids interested in looking at the oyibos. 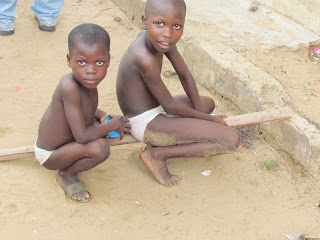 There were some kids having some races with a little toy they made from bottle caps hooked together with a stick to make an axle, and then attached to another cap with a long stick handle stuck through.  This made a little push toy and they would race them along the path.  It really was a very creative toy from found objects. 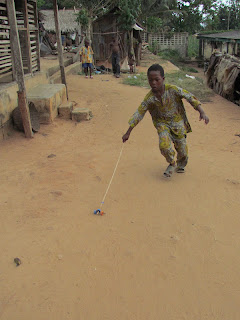 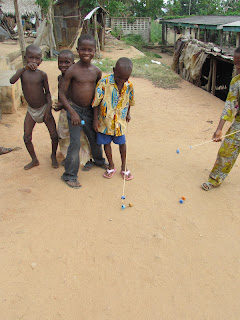 The hairdressing salon was closed for the day.﻿ 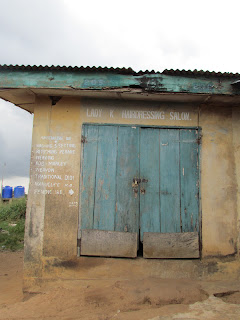 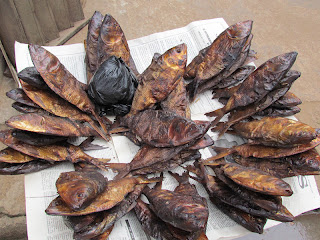 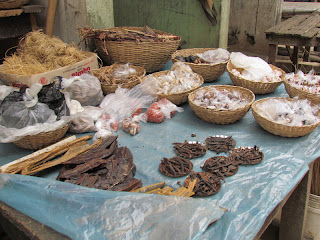 Right outside the entrance to the fish market was this big growth of bamboo and some chickens in a cage and wandering around was a big turkey. 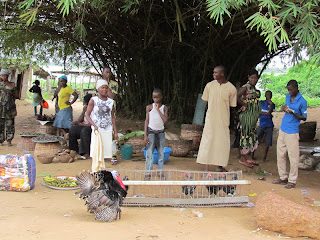 Some in our group purchased a few things at the market, but I didn't find anything to bring home, but it was still an interesting stop on our day trip.
Posted by Carolee at 5:28 PM

Beauty of the natural environment. Good to see the better Lagos!

You really had nice time in Epe. Am sure if you had the opportunity once again, you will not hesitate to come around.

Carolee
I'm a wife to an oil-company executive and a mother to 3 wonderful grown children. I have three cute granddaughters and four wonderful grandsons. My life in Houston has been busy with professional piano accompanying, singing in the Houston Symphony Chorus, working as a docent at the Museum of Fine Arts, substitute teaching, playing on a tennis team, book club, scripture group. Part of me hates to give up these rewarding activities to move to Nigeria, where my life will be much less comfortable. But the other part of me is ready for a big adventure -- and I know life there would provide that!